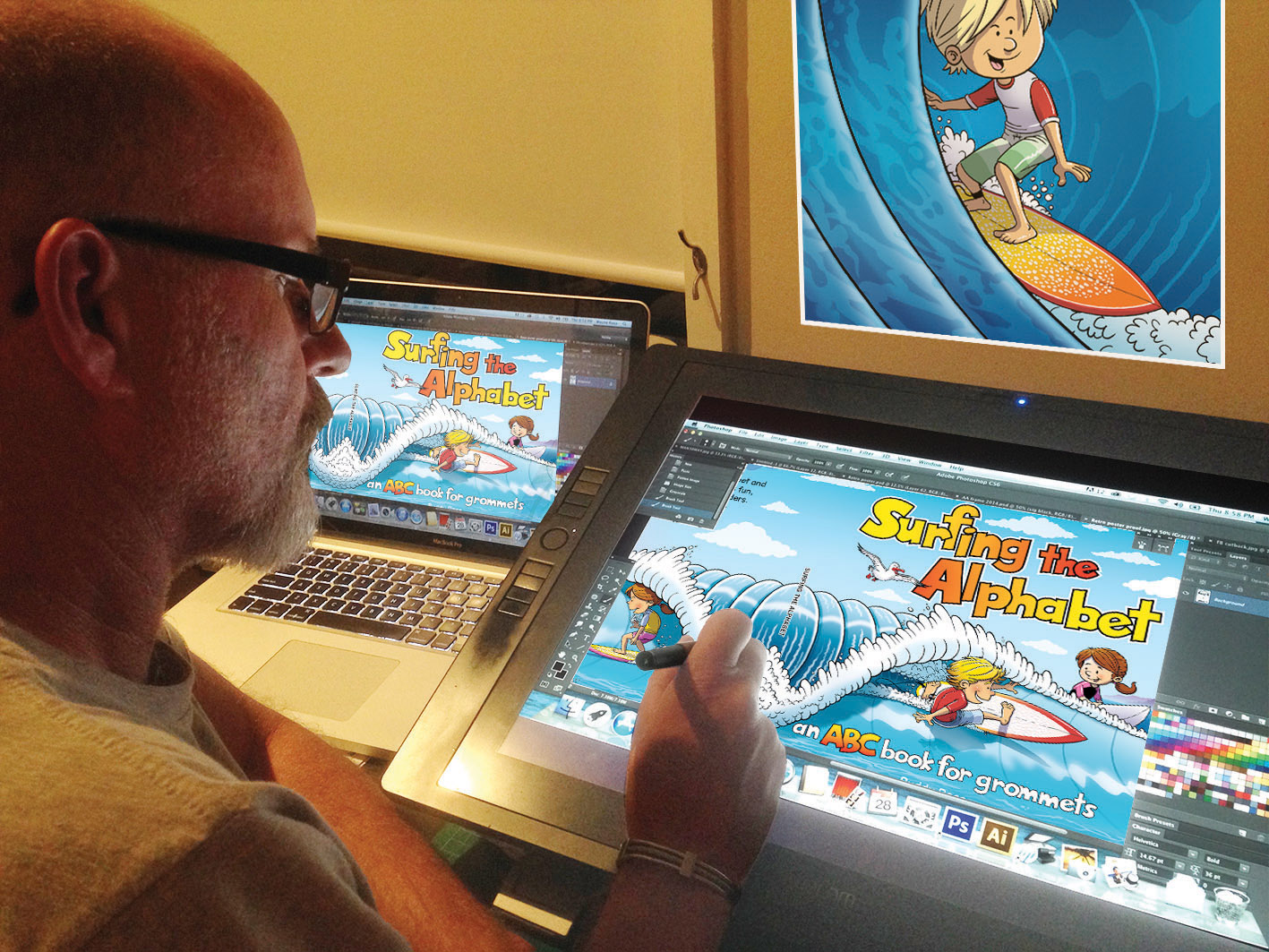 Buddy Ross has been a cartoonist and editorial artist for over 30 years. He was born and raised in Avoca Beach on the Central Coast of NSW, where he grew up surfing, drawing, reading Marvel comics, Tracks and MAD magazine and discovering the work of Tony Edwards (Captain Goodvibes), Rick Griffin, Moebius, Vaughan Bode, Ron Cobb and countless others.

While working at McCoy Surfboards in the early 80s as a finish polisher and sprayroom assistant, he was also given the opportunity to do some t-shirt designs and illustrated newspaper ads. Inspired by this he shopped some of his work around and in 1985 he landed a job in the art department of the Cumberland Newspaper Group.

By the early 90s his weekly editorial cartoons were seen by many thousands of people in multiple suburban newspapers across the Sydney metro area and the Central Coast. He continued to do weekly cartoons and editorial work until 2012.

He is currently editorial cartoonist for the Manly Daily newspaper in Sydney and combines this with freelance work and developing other book projects.